The History Of Oromocto Funeral Home

The Town of Oromocto, New Brunswick, a municipality of about 9,200 people, possesses an identity and sense of itself quite apart from the capital city Fredericton, on which it borders. This sense of community was a key factor in the creation of the Oromocto Funeral Home and proved itself in the strong reception the funeral home received when it opened its doors in the summer of 1991.

Previously served by various rural and city funeral homes, members of the community had frequently called upon McAdam's Funeral Home in Fredericton. Enough in fact that the management team at McAdam's became confident that the families of Oromocto would appreciate and support their own full service facility. So began the search for a funeral home location in the town.

Fortunately for all involved, that search coincided with a decision by the Oromocto United Baptist Church to seek a new home for their congregation. While the zoning regulations and various municipal clearances proved complex, discussions that began in mid 1990 culminated with the church moving temporarily to an interim facility so that renovations on their old property could begin in April 1991.

While the lead up went slowly, the renovations were carried out at an impressive pace. It was just the third week of August 1991 when the new Oromocto Funeral Home - now with two comfortable visitation rooms in what was once the Sunday School area and, of course, a large chapel in the former sanctuary - served the first of 40 families who would use the facility in its first year of business.

Over the ensuing years Oromocto Funeral Home has earned a position of trust and respect in the community. In its first ten years of service it was twice recognized by the Town for its beautification efforts and received several citations from CFB Gagetown for hosting and assisting with the Sergeant's Laments Course, a training program for military personnel responsible for the protocol of military funerals. CFB Gagetown, Canada's largest military training base, is headquartered in Oromocto and extends over hundreds of square miles adjacent to the town.

The Funeral Home was also honoured by the Oromocto and Area Chamber of Commerce with their Entrepreneurial Achievement Award in 1994.

Now with more than thirty years of serving the community, and hundreds of families at time of need, Oromocto Funeral Home continues to earn the trust and support of its neighbours and is honoured to be their community funeral home. 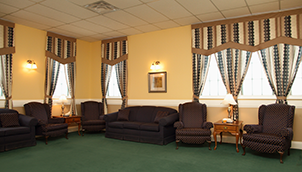 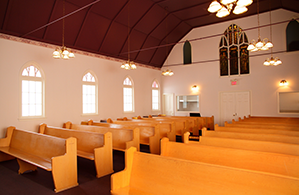