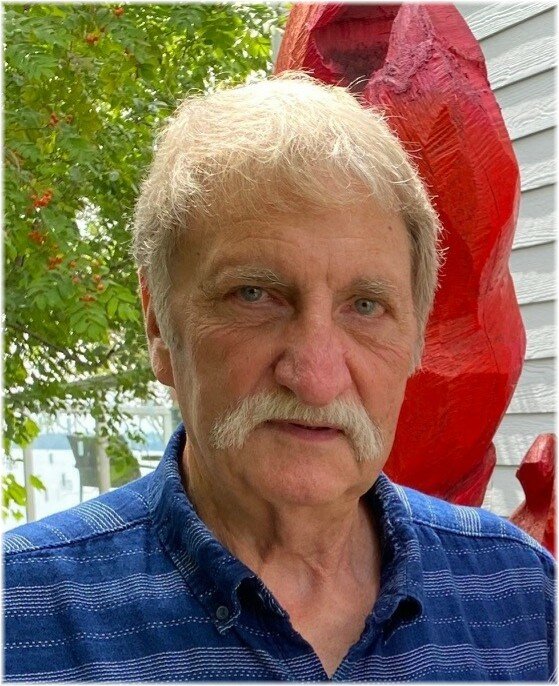 Burial and Reception following the Service

We are deeply saddened to announce the passing of John Flemming Warren, of Waasis, on Tuesday, October 25. With his loving family by his side, John passed away at the Dr. Everett Chalmers Hospital, after a courageous battle with an aggressive form of Leukemia. He was born on September 13, 1947.

John is survived by his wife of 56 years Theresa (Moore), and their three sons to whom he was very proud to be a father, Rick (Colleen), Shawn (Jenny), Chris (Lindsay), his two grandchildren (the two apples of his eye), granddaughter Ricki-Lee (Gregor), and grandson Bo, his sister Violet, two brothers Dale, Larry, and several nieces and nephews. Besides his parents, Peter and Julia (Noble) Warren, John was also predeceased by two brothers Shirley and Gerald, his sister Annie, mother-in-law Vivian, brothers-in-law Darrell, Jack and Eddie, and nephew Jake.

John was an icon in the local automotive repair industry, serving five generations of customers.  Having had his first service station at the age of only 20 and working up until very recently, was a testament to the passion he had for his trade and his clientele. Honesty, integrity, and a kind demeanor were the foundation of the trust and loyalty he built with a vast customer base that followed him over the years. John was very proud of his knowledge of all the cars he owned and worked on.  He had a memory like no other, the stories and details he remembered were always so clear it was amazing.

Family was everything to John and his time outside of work was spent sharing his love, devotion and unwavering support with them. John and Theresa spent many enjoyable summers with their family, at their cottage on Maquapit Lake. John was a weekend breakfast chef, and that made all of his boys  great cooks too, but of course Sunday dinners together were always his favourite. Ever the steady hand and calming presence he was the nonjudgmental sounding board and voice of reason to anyone who needed it. He truly was an irreplaceable presence in the lives of his family.

Being a fabulous conversationalist John had a way of quickly getting to know everyone that he encountered. With a compassionate tone, dry wit, limitless supply of one-liners and genuine interest in others, he would know a person’s life story within minutes of the first encounter. Anyone who got to know John had a deep respect for him and appreciated his boundless generosity.

Since developing at an early age a passion for anything automotive (especially Fords), he was a lifelong fan of classic cars and racing. He spent many hours working on the family race car, as much for the fun of the camaraderie and chatting about cars all night as the actual racing. Whether the topic was racing, antique cars, or just general repair and maintenance he was always interested in the conversations and the people he was having them with.

Most recently John celebrated his 75th birthday with a small group of close friends and family. He was so very proud of his latest purchase, a 1957 Ford Fairlane, which he had dreamed of owning his entire life. This was the centerpiece and main topic of discussion at his birthday celebration, and every chance he had over the past few months he and Theresa could be found taking his new baby out for a spin.

The family would like to send a heartfelt thanks to the many doctors and nurses at the DECH and SJRH, who cared for John in many ways over the past several months. A special thank you goes to Dr. Rivera and Dr. Prosser for their close monitoring and availability, and most recently the nursing team on 3SW, who made his last days as comfortable as possible.

Visitation will be held at the Oromocto funeral home on Sunday, October 30 from 1:00 – 3:00 and 4:00 -6:00 PM. Funeral service will be held at the Rusagonis United Baptist Church on Tuesday, November 1 at 11:00 AM, with interment and reception to follow. In lieu of flowers, donations in John’s honor can be made to the Leukemia & Lymphoma Society of Canada.

Share Your Memory of
John
Upload Your Memory View All Memories
Be the first to upload a memory!
Share A Memory