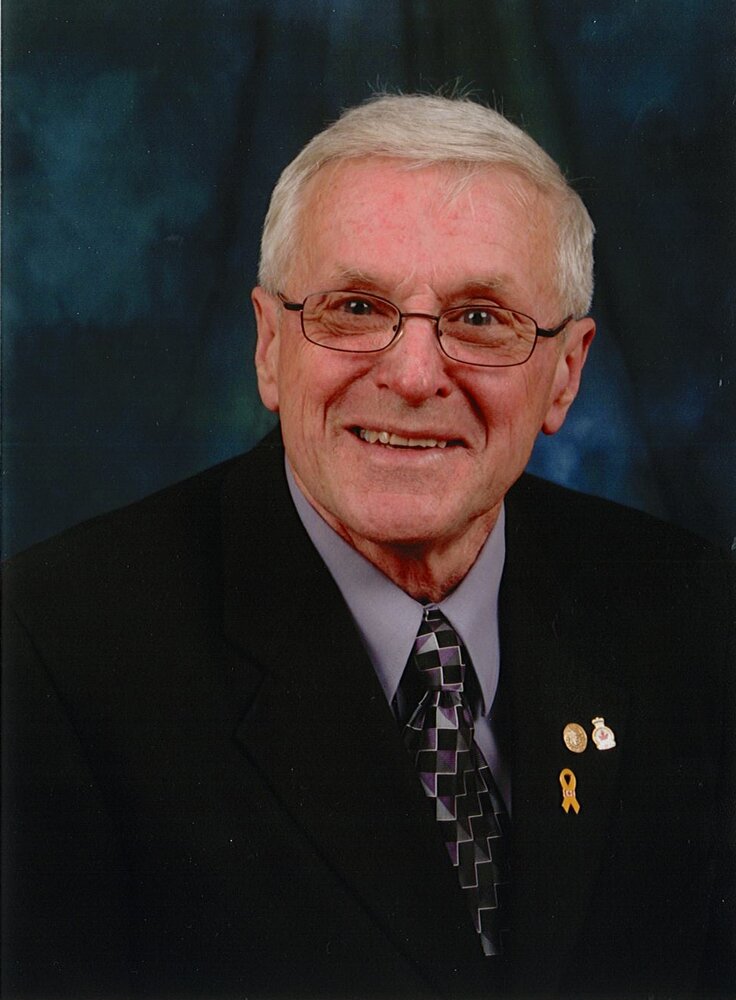 Interment at a later date

It is with great sadness that we announce the death of Brian Knowles of Oromocto, NB on Wednesday, November 23rd, 2022 at the Oromocto Public Hospital.  Brian was the son of the late Morris and Mary (Scott) Knowles and husband of the late Maritta (Stairs) Knowles.

Brian was a proud military man, serving for 33 years and then working as a civilian for 17 years.  He was a member of the Oromocto United Church, eventually becoming a Steward, for over 15 years.  Brian will be fondly remembered for being an avid hockey fan who was dedicated to his Toronto Maple Leafs, and all teams that hailed from Toronto.

In addition to his parents and wife, Maritta, Brian was predeceased by his brother, Harry and sister, Beryl.

Visitation will be held at Oromocto Funeral Home on Saturday, November 26th, 2022 from 6-8 pm and on Sunday, November 27th, 2022 from 3-6 pm.  A memorial service will be held at Oromocto United Church on Monday, November 28th, 2022 at 1:30 pm.  Rev. Lori Beth Sheffield Bowles will officiate.  Interment will take place at a later date in the Pine Grove Cemetery, Burton, NB.  For those who wish, memorial tributes in Brian’s honor may be made to the Canadian Cancer Society or to the NB Heart and Stroke Foundation.

Share Your Memory of
Brian
Upload Your Memory View All Memories
Be the first to upload a memory!
Share A Memory