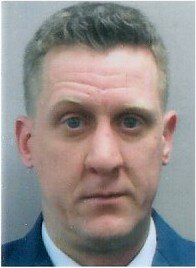 It is with heavy hearts that the family of Troy Davidson announce his passing at the Dr. Everett Chalmers Hospital on Wednesday, December 7, 2022 following a brief illness. Born in Thompson, MB, on May 11, 1979, he was the son of Joanne Greenough and the late John Davidson.

Troy leaves behind his children, Logan and Kaileigh Davidson; mother, Joanne (Scott); brother, Todd (Dana Pittman); very special sister-in-law, Tanya Davidson; furry companion, his dog Kato; as well as his grandmothers, aunts, uncles and cousins. In addition to his father, John, he was predeceased by his brother, Derrick Davidson.

Troy will be remembered for his quick wit and sense of humour. He will be dearly missed.

There will be no services at this time. A private graveside service will be held in the spring. For those who wish, donations in Troy’s memory can be made to the Lung Association or the Oromocto SPCA.

Share Your Memory of
G. Troy
Upload Your Memory View All Memories
Be the first to upload a memory!
Share A Memory