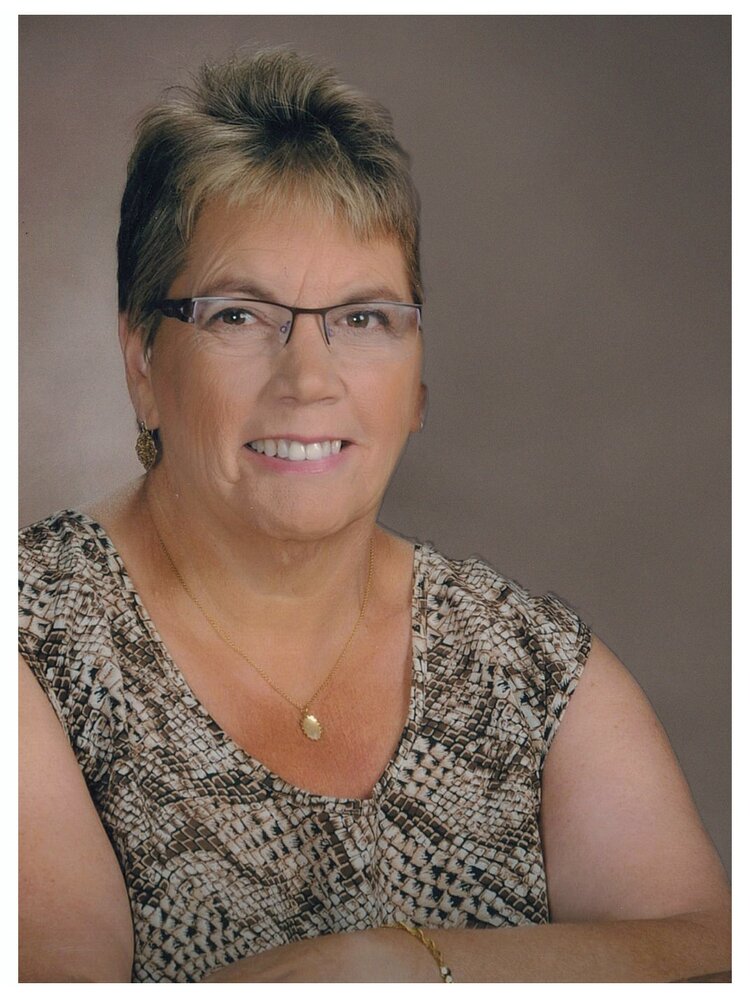 Surrounded by the love of her family, Sheila Ann (Rice) Flight, resident of Orchard View Long Term Care Home, passed away December 16th, 2022. She was a resident of Burton, NB and is survived by her husband, William “Bill” Flight; sons, Robert (Sarah) of Lexington, KY, Danial (Gillian) of Burin Bay Arm, NL; grandchildren, Morgan, Caleb, Carley, Seth, and Owen. She is also survived by her mother, Mary Jane Rice of Fredericton, NB, and siblings Robert Rice (Dale Pardy) of Lake Country, BC, and Sandra Rice Tan (Cheng San) of Richmond Hill, ON, as well as many special aunts & uncles, nieces, nephews, and cousins. She is predeceased by her father Robert Rice.

Sheila was born in Chatham, NB on July 15th, 1955 into a military family, spending her early years in France. In moving to Greenwood, NS, she developed a love for all animals which she held for the rest of her life. She later moved from Greenwood to Gimli, MB, where she rode and taught horsemanship, being the happiest on the back of a horse. In Winnipeg, continuing her love of animals, she began work as a vet assistant.

Meeting her husband, she continued a military life, being posted to Portage la Prairie and Shilo, MB, Lahr, Germany, Gagetown, NB, and then Victoria, BC. Sheila moved back to Burton, NB after they retired and she opened the pet grooming business, Flights of Fancy. Being a successful business woman, she was awarded the Oromocto Rotary Club Entrepreneur Award for her help supporting students entering the workforce. She also mentored young women wanting to work with animals. A diagnosis of Early Onset Alzheimer’s forced her to retire her business early. With the support and compassion of her family and a positive outlook on life she lived fully. Trips to visit grandchildren and a European river cruise were memorable times in recent years.

The family wishes to thank the staff of Orchard View LTC for their outstanding care and empathy for Sheila as well as to the Alzheimer’s Society of New Brunswick who guided her family through this journey.

In keeping with Sheila’s wishes, there will be no public funeral, and family will gather for an interment at a later date. For those who wish, memorial donations may be made to the Alzheimer’s Society of New Brunswick.

Share Your Memory of
Sheila
Upload Your Memory View All Memories
Be the first to upload a memory!
Share A Memory