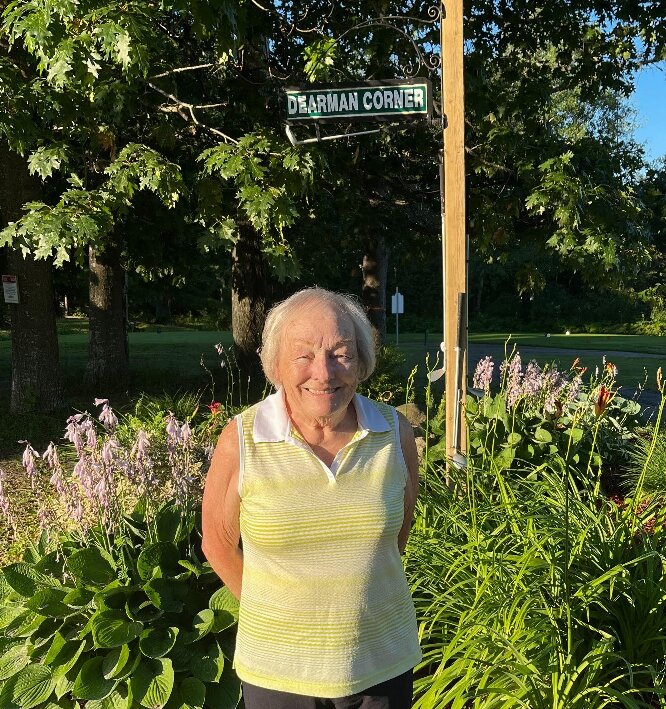 It is with great sadness that we announce the passing of Christine “Valerie” (Randall) Dearman on January 14th, 2023, at the Dr. Everett Chalmers Hospital. Born in Lakeville Corner, she was the daughter of the late Vernon and Catherine (Tooke) Randall, whom moved to West Saint John when she was 5 months old. The love of her life, Paul Michael Dearman, predeceased her in 2006.

Valerie went to St. Patrick’s School and then St. Vincent’s High School. She graduated from Saint John General Hospital in 1966, as an X-Ray Technologist. She met Paul while she was in high school and married in 1966 at the Assumption Church. Paul was in the military at that time, and she went to Germany with him in 1967. Valerie being a military wife for 29 years, lived in Germany twice, Petawawa, ON, Cornwallis, NS, and Gagetown, NB. In 1992, she made her home in the Oromocto area after Paul retired.

She worked many years in various positions, mostly as an X-Ray technologist. After moving to Oromocto, she worked at the Oromocto Public Hospital, retiring in 2008. Soon after her retirement, Valerie took up golfing, which was a passion of hers. She also curled, taking up stick curling when it started, loved playing bingo, enjoyed a few games of cards, and she especially enjoyed spending time with family and friends. There were a few March months Valerie spent in Myrtle Beach, NC, and at her son’s place in Florida.

A memorial service will be held at the Oromocto Funeral Home Chapel on Friday, January 20, 2023, at 11  AM with Father Suresh Savariraj officiating. For those who wish, memorial donations may be made to the Canadian Cancer Society or Heart and Stroke Foundation.

Share Your Memory of
Valerie
Upload Your Memory View All Memories
Be the first to upload a memory!
Share A Memory