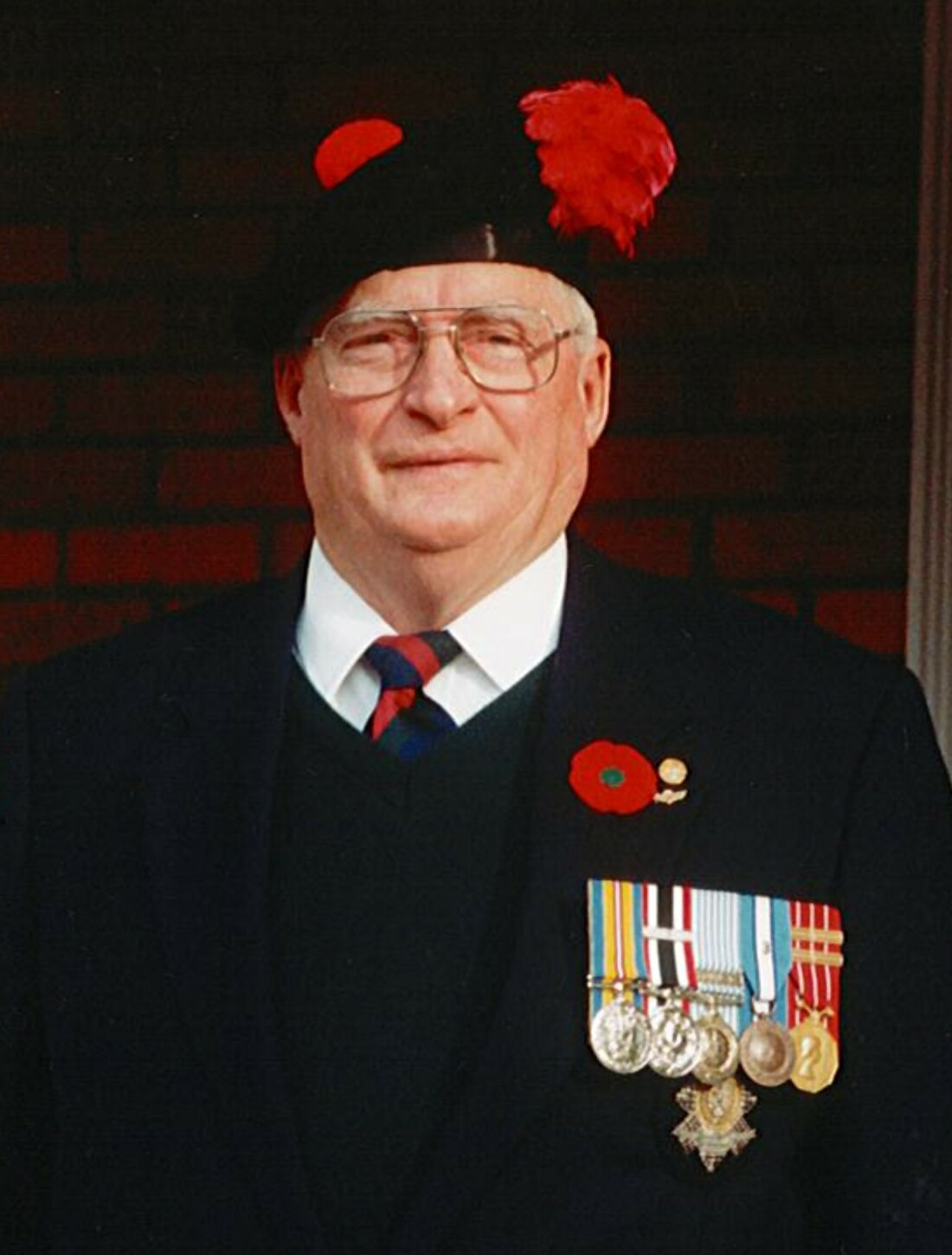 It is with profound sadness that the family of Rtd. Sgt. Gordon Allen Gravelle announces his passing on October 17, 2022, at the Veteran’s Health Unit, Fredericton. Gordon was the son of the late Emmanuel and Dorothea (Tuck) Gravelle.

In addition to his parents, Gordon was predeceased by his daughter, Sharon Gravelle; brothers, Douglas, Richard, Reginald and Earl Gravelle, as well as sisters, Beatrice, Betty Jean, Marjorie Ann and Margaret.

Gordon loved his family very much and enjoyed spending time with everyone. As a small child, Gordon always wanted to become a soldier, which he did in 1952, when he packed up and left Ontario for the 2nd Highland Battalion “C” Coy at Camp Aldershot, Nova Scotia. It was in the hard, cold winter months that he started his training, but it was said that some of the finest soldiers were produced during those months.

In May of 1953, Gordon went to Wainwright, Alberta for more training; then in October of that year he sailed to Korea with the 2nd Battalion of The Black Watch RHR of Canada. He stayed in Korea until 1954 as a platoon signaller. When he returned to Camp Aldershot in 1954, he was promoted to LCpl and a short time later, to full Corporal. Eventually Gordon was placed at CFB Gagetown which was his home since 1958. Prior to a posting in Germany in 1962, he was promoted to Sgt.. Later he did postings in Cyprus, then Israel. Gordon was very much involved in the Black Watch, which was eventually disbanded, changing him to a “Royal”. He served loyally with 2RCR before his retirement.

Gordon continued his service in retirement as a proud and loyal member of the Black Watch Association and the Oromocto Royal Canadian Legion Branch #93. He was also a member of the St. John’s Anglican Church, Oromocto, where Betty and he attended faithfully.

Being faithful and loyal in most things that Gordon did, it is no surprise that he was such an avid Ottawa Senator fan. He watched their games every Saturday night during hockey season with friends Will Rodgers and Bob MacKinnon.

The family wishes to thank the staff at the Veterans Health Unit for all their care and compassion to Gordon and his family, especially in the last couple of weeks. Also, thank you to Bill and Sheila Robertson, and Lucia and Paul Richard for all of your help and kindness extended to Gordon and our family over the last several years.

In lieu of flowers, donations in Gordon’s memory may be made to St. John’s Anglican Church or the Veterans Health Unit.

Share Your Memory of
Gordon
Upload Your Memory View All Memories
Be the first to upload a memory!
Share A Memory